Residential property deals are falling over and homes are being readvertised amid COVID-19 uncertainty and financial belt-tightening.

Data compiled by realestate.com.au shows a growing trend in the number of ‘under offer’ listings being readvertised, prompting speculation that deals are falling through because of tighter lending restrictions by the banks and home buyer cold feet.

Week-on-week figures from realestate.com.au between January and July 2020 shows an increasing number of boomerang homes nationally– that is, properties returning to the market after having an offer accepted.

While there is no requirement for agents to notify realestate.com.au of confirmed sales, the available data highlights a trend in properties transitioning from ‘under offer’ back to ‘for sale’ rather than the site’s ‘sold’ listings.

Banks tighten up as buyers back away

At the start of the first COVID-19 lockdowns, there was a large spike in the number of ‘under offer’ properties across the country that went back on the market with a jump from 13.08% to 17.97% in the week commencing 23 March 2020. The following week the number dropped to 13.76% before decreasing even further but has gradually risen since mid-April.

“The end of March was a very bad time for the economy and for property and confidence,” said Nerida Conisbee, chief economist at realestate.com.au.

“It was between when we went into lockdown and the next stage, which was the stimulus packages. There was a lot of uncertainty around that period and as a result home buyers got cold feet and banks were being super cautious about who they were lending to.”

Banks are being extremely careful when it comes to an individual’s employment situation during the health crisis. Picture: realestate.com.au/buy

“We are finding that banks are well-capitalised and they’re not under pressure, but they are nervous about the situation, particularly the unemployment situation,” Ms Conisbee said.

“On one hand, they are lending and they have enough money to lend but they’re being very careful about who they lend to.

“The banks are having to look very carefully at a person’s ability to pay back their loan and in the situation where unemployment is rising, they would be looking very clearly at an individual’s employment situation. I can’t see that changing any time soon.”

Ms Conisbee said it was likely the situation was not quite as dire now and welcomed this week’s announcement that the Federal Government’s JobKeeper and JobSeeker stimulus would be extended until March 2021, albeit reduced.

Jesse Jones, sales agent at McGrath Estate Agents St Kilda, said buyers were seeking to capitalise on the low cash rate with enthusiastic first-home buyers flooding the market. But their excitement was often curtailed with banks less eager to lend than pre-COVID times.

“In June I exchanged on five properties and two of them fell over due to the purchaser being unable to obtain finance,” Mr Jones said.

“We had a couple that had made an offer on a property at the right terms and the vendor was very happy to take that, but unfortunately due to COVID the wife’s employment was terminated and the bank then messaged us directly terminating the contract as a dual income was their policy and there was no way around it.

“It’s very similar to probably about 18 months ago prior to the royal commission into banking where banks started becoming extremely difficult to get money from. I don’t see any changes happening until we’re on the other side of this thing.”

Sam Boer, chief executive at mortgage broking group Smartline, said financial institutions were enforcing tougher measures to ensure borrowers could meet the terms of the loan, and collapsing deals were the fallout of this hard-line stance.

“Properties being relisted is a function of purchase contracts falling over as a result of the buyer’s financial situation materially changing [for the worse],” Mr Boer said.

“This is not new, however, has been significantly amplified during COVID-19 as many Australian workers have been stood down and/or had their income reduced.Play Video

Mr Boer said he expects this trend will continue until the impact of COVID-9 abates and the economy begins to recover.

“Lenders have introduced steps and process checks to make sure new borrowers can still afford to make their loan payments right up until loan settlement date. Some are even asking for updated payslips from customers as a settlement condition,” he said.

“This way the lenders protect themselves under their responsible lending obligations and don’t extend credit to a customer whose income situation has changed from when they first applied for a loan.”

Mr Boer added homebuyers should be confident that their employment was secure and their income was unlikely to change prior to committing to purchasing property.

“There is no point progressing with a property purchase if [home buyers- cannot afford the loan and most likely end up needing to resell the property at a loss more than what they might otherwise incur,” he explained.

“I would also try to negotiate with the selling agent to remove the ‘forfeit deposit’ clause in the contract of sale to protect the buyer’s funds.” 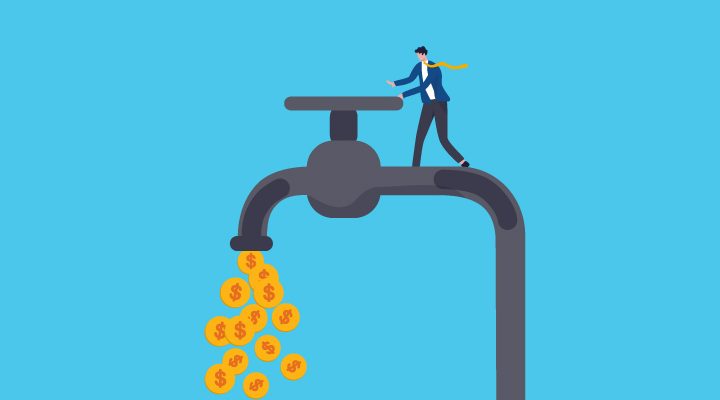